House on the Rocks, WI Part 1

Visiting the House on the Rocks, Wisconsin was an amazing, one of a kind and at the same time overwhelming experience.

It all began in 1940s when Alex Jordan returned to Deer Shelter Rock where he had picnicked with his family years before. Over the years, he dreamed of creating a wonderful house, an artist’s refuge where he could pursue his interests in music, literature, and sculpture. What took shape on and around the Deer Shelter Rock is a truly remarkable achievement.

He couldn’t keep his retreat secret for long and in 1960 he gave in to public demand and opened the House to visitors. Soon this man-made wonder became the most popular attraction.

The House has a massive collection of music boxes, the World’s Largest Carousel, The Secrets of Yesterday (a recreation of a 19th century American street), the mysterious Organ room, guns, armor, lamps… and of course, dollhouses.

After he realized that buying a few dollhouses was not going to be enough if he wanted to build a world-class collection. He hired a staff headed by Virginia Reynolds for this project and soon dollhouses of every shape and description were being created in the workshop.

Alex visited the workshop every day and took a special interest in the design, building, and installation of each house. The houses are designed to represent early American style through the first part of the 20th century. The collection also includes a series of small shops and even a gas station in miniature. The work lasted years and filled the workshop to the rafters. The Jordan’s dollhouse collection contains more than 250 structures. To my huge regret it was not possible to see the interior of each house due to how they are displayed, also the pictures do not make justice because of the lack of lighting. Enjoy it!

This house is a replica of the Grunow Estate Lake Geneva Home. It is made to 1/12th scale and is 4,5 feet high, 12,5 feet long and 5 feet wide. The house weighs more than 800 pounds and took more than a year to complete. 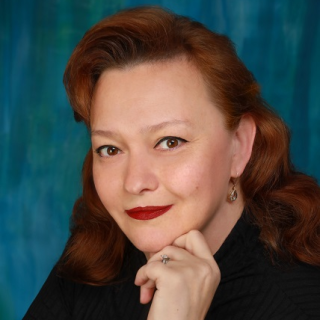 Hi, I'm Natalia, a wife, a mom of two, passionate about needlework, photography, outdoor activities, and travel. This is a place I am sharing my little obsessions with you. Thanks for visiting!